by Arindam 4 years ago2 years ago

A quick demo on the snake game – nsnake.

You must be familiar with the retro snake game if you have ever used the old Nokia mobile phones. During those “ancient” days, this game took away long hours from game crazy persons. The game looks so minimal but very addictive sometimes. 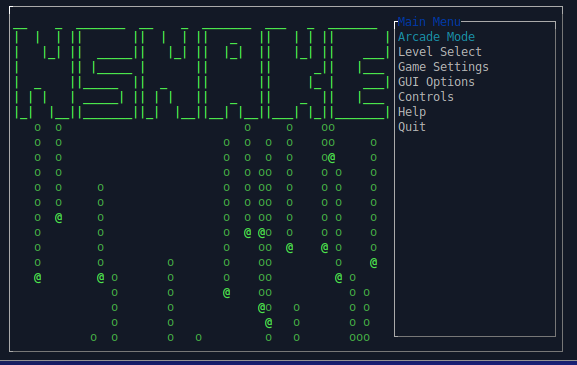 nsnake – a terminal based game is available now for Linux, Ubuntu based derivatives, other systems which you can start playing from your terminal. The game comes with various terminal controls such as arcade mode, speed control, level controls etc.

Lets have a look. This is how the game looks like in terminal:

Looks cool, isn’t it? Here are the some of the options as well.

Lets see how you can install this game and start playing.

How to Install nsnake in Ubuntu

To install nsnake in Ubuntu and its derivatives, run below command from terminal and provide password when prompted.

Once installed, just type nsnake from terminal and the game should start playing. Enjoy.

play-games, snake, snake game, snake ubuntu
Creator of debugpoint.com. All time Linux user and open-source supporter. Connect with me via Telegram, Twitter, LinkedIn, or send us an email.
Subscribe